Hi all! After a break for a long while :0) we are back with some NEW stories. We have had a pretty good overall cover of Bible stories for littles, but this year we have some bigger kids in the house and some extra time in the year so we’ll be delving in deeper and covering a lot more of the Old Testament.

Today’s story is from 2 Samuel 11 and 12. (Some of it will be glossed over a little. If your kids are old enough you can read through the whole thing. In our house, we’ll be censoring a smidge until they’re a bit older. The details aren’t as necessary as the heart David displayed, his disobedience and repentance.) 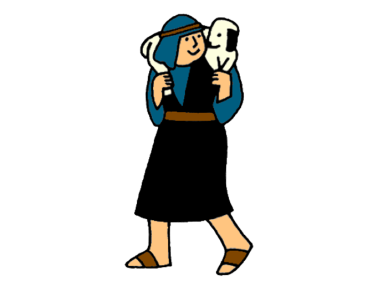 David (shepherd, musician, fighter of Goliath and chosen “man after God’s own heart”) was now King. In the spring, David sent Joab (his lead soldier) out with the army. David stayed in Jerusalem while the army was fighting and conquering.

One evening David got up from his bed and walked around on the roof of the palace. From the roof he saw a woman taking a bath. (They didn’t have pipes in their houses back then to take a bath in the bathroom.) The woman he saw was VERY beautiful, and David sent someone to find out who she was! The man said, “She is Bathsheba, the wife of Uriah the Hittite.” (My kids found it very funny that David saw her taking a bath and her name is BATHsheba hehe.) Then David sent messengers to go get her. Now, he was the King so she couldn’t say no or else she’d be in BIG trouble?! So she went to David and he decided HE wanted to marry her. (Even though she was already married!!! NOT a good choice, David.)

David decided to get rid of Uriah. Uriah was one of the soldiers fighting in the army. So David wrote a letter to Joab and said, “Put Uriah out in front where the fighting is fiercest. Then everyone move back from him so he will be hit and die.” He was going to have Uriah killed so HE could marry Bathsheba!

So Joab did what David requested and when it came time to fight again, Uriah did die.

When Bathsheba heard that her husband was dead, she was very sad and cried for him. After her time of mourning was over, David had her brought to his house, and she became his wife and she became pregnant with a baby boy. But God was NOT happy.

The Lord sent Nathan the prophet to talk to David. (Remember, a prophet is someone who talks to God and then tells people what God wants them to know.) When Nathan came to David, he told him a story that goes like this, “There were two men in a certain town, one very rich and the other very poor. The rich man had a LOT of sheep and cattle, but the poor man had nothing except one little lamb he had bought. He raised it, and it grew up with him and his children. It shared his food, drank from his cup and even slept in his arms. The little baby sheep was like a daughter to him. One day a traveler came to the rich man, but the rich man did not want to take one of his own sheep or cattle to cook into a meal for the traveler. Instead, he took the one little lamb that belonged to the poor man and gave it to the visitor.”

David was angry and said to Nathan, “The man who did this must die! He must pay for that little lamb four times over, because he did such a thing and had no pity.”

Then Nathan said to David, “YOU are that man! You had EVERYTHING and Uriah didn’t have much….just a wife that he LOVED. But you who had EVERYTHING, you killed him and took his wife. God says to you: ‘I made you king over Israel, and I saved you from Saul. I gave you your great house, and all of Israel and Judah. And IF all this had been too little, I would have given you even more. Why did you do such an evil thing!? You killed Uriah the Hittite with the sword and took his wife to be your own wife. Now, there will be severe consequences for what you have done.'”

Then David realized what he had done and he said to Nathan, “I have sinned against the Lord!” David was very sorry and wanted God to forgive him.

Nathan replied, “The Lord has taken away your sin. He will forgive you. BUT because you made SUCH a bad choice and had Uriah killed so you could have his wife, the baby boy you have will die.”

But, on the seventh day the baby died. David’s attendants were afraid to tell him that the child was dead, for they thought, “He was so upset BEFORE…how can we now tell him the child is dead? He may do something CRAZY now.”

David noticed that everyone was whispering, and he realized the child was dead. “Is the child dead?” he asked.

Then David got up from the ground. After he had washed and changed his clothes, he went into the house of the Lord (like church) and worshiped God. Then he went to his own palace, and at his request they served him food, and he ate.

His servants asked him, “Um….why are you acting this way? While the child was alive, you prayed and cried, but now that the child is dead, you get up and eat!?”

David answered, “While the child was still alive, I thought, ‘Who knows? Maybe God will be gracious to me and let the child live.’ But now that he is dead, why should I go on fasting? It won’t bring him back. God has punished me.”

Before long, David and Bathsheba had another baby boy, named Solomon. He would grow up to be the king after David and we will learn more about him later.

So David, even God’s chosen man David, sinned. Because we ALL disobey God sometimes. And even though God forgave David when he was sorry, David still had consequences for  disobeying God’s rules. It was a really bad thing David did and there was a REALLY hard consequence too! God made some good from it too though, He would raise up Solomon to be the wisest king ever and Solomon would build the temple for God. We must always remember that God’s ways are the best ways and we should always try to obey Him.

Thanks for joining us. More to come soon, thanks!

Today’s story comes from 2 Samuel 11-12. I told today’s story using a handful of cotton balls and Barbies (a girl, 3 boys and 2 babies). You can use Barbies or any kind of creature you have at your house. But i think this story is best told with some visual aids as there are a lot of characters.

Up until now, the Bible shows king David (male character 1) making some great choices. God chose him to be the new king over Israel. He was brave and strong and a man who loved God.

But even people who love God make mistakes sometimes…even BIG ones.

One time, David sent his fighting men out, but he stayed at his palace.

One evening he looked out and saw a woman (the girl character) taking a bath and he thought she was SO pretty. He sent someone to tell her to come to the palace. David’s servants told him she was married to a man named Uriah (male character 2), who was out fighting.

So the woman, Bathsheba went to meet David (because you DON’T tell the king NO) and he decided he liked her so much he wanted to marry her. This is not a good thing, because she was already married. So David told Joab, his top leader, to send Uriah out to fight in the very front (so the enemies would be able to kill him and then David could marry Bathsheba.) This was a terrible choice!? HE was TRYING to get Uriah to die so he could take his wife!

Uriah was a good soldier so he obeyed and went out to fight in front and he did die. Bathsheba was very sad because she loved her husband…and after a little while king David sent for Bathsheba to come be his wife and live at the palace with him.

God was NOT happy with David’s bad choice. And he was about to give David a very bad consequence.

God sent Nathan (male character 3), the priest (a worker in God’s church who spoke the words of God to His people) to tell David that God was not happy with him. It was probably scary to go before the king and tell him he was WRONG, but Nathan knew it was more important to tell his friend what God had to say than to be scared of what his friend might say.

Nathan came to David and told him a story. There were two men in a city. One had a LOT of money and a LOT of sheep (a big handful of cotton balls). The other man had just one sheep (one cotton ball). One day, a visitor came to town and was hungry. The rich man took the poor man’s one little sheep and killed it and cooked it and gave it to the hungry visitor. Now the rich man still had ALL his sheep and the poor man had NOTHING.

David did not like this story. “Who did such a terrible thing?! He must PAY for that sheep! How dare he!”

Nathan said, “YOU did that! You are the king! You could marry ANY woman in the whole kingdom, and you chose to take the wife of a good man and to have him killed. Now YOU must pay for your bad choice. God gave you everything! He chose you, He has protected you, helped you in battle. He has always been there for you, and now you have disobeyed and killed someone and taken his wife. You WILL have bad consequences for your bad choices.”

Now Bathsheba had a baby growing in her belly (baby character 1). It was going to be David’s son. But because David had done a very very bad thing, the baby died as his bad consequence. David said he was so so sorry and asked God to please forgive him. David was very sad, but he knew God was in charge.

Later, David and Bathsheba had another baby boy (baby character 2). They names him Solomon. He would grow up to be king after his father, David and he would be the one to build God a real temple (church).

We know that all people sin sometimes (that means disobey God). All of us, and every person in the Bible (except for Jesus) makes some good choices and some bad choices. If we ask God to forgive us, He ALWAYS will. He won’t stay mad at us and He will help us do better next time. But that doesn’t mean we won’t have bad consequences for our choices (like a punishment). David was called a “man after God’s heart” because even when he did make bad choices, he still knew God was in charge and that he could turn to God to help him and love him. When we sin, we can know that God will forgive us if we ask Him to, that He will help us do better next time (sometimes by letting us have a bad consequence) and that He will always love us.