Hi all. Today we are learning two stories. They are right next to each other in the Bible and they show a big difference in obeying and listening to God. These stories are found in 2 Kings 17-18. 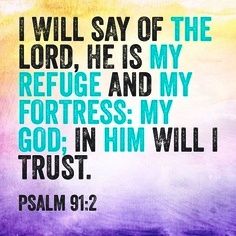 Recap: The Israelites were all living in the land God had promised and given to them, but they were divided. Judah had their own king and the rest of Israel had their own king. It had been this way a while, and a couple of Judah’s kings tried to follow God, but pretty much none of Israel’s kings obeyed God.

The Israelites worshipped pretend Gods and did whatever they wanted. God got very frustrated at them not obeying Him and He allowed their enemies to fight them over and over again. Eventually, the Assyrians came and defeated the Israelites. The Israelites had to leave the promised land and move to Assyria and work very hard for the Assyrians. They and disobeyed and not followed God and now they would be away for a very very long time.

The kingdom of Judah was not doing much better. They had some good kings who followed God and some real stinkers. Some of the kings let the people worship who or whatever they wanted and God’s temple (the church where God’s spirit lived) was falling to pieces because the people didn’t take care of it like they should.

The Assyrians came to attack Judah too, but at this time, Judah had a good king, named Hezekiah. Hezekiah trusted God. He got rid of many of the pretend gods and he had the workers in the temple start fixing everything up. Hezekiah paid the Assyrians a lot of money (even taking gold off the temple to give to them!) to leave Judah alone but that only worked for a little bit.

Soon, the Assyrians came back and made fun of the Israelites. “You think your God will save you? We defeat EVERYONE we fight. We got Israel and we’ll take you too!”

The people were scared, but they said nothing because Hezekiah had told them not to…they were to be still and trust God. Hezekiah went and prayed and asked God to keep them safe. A prophet (someone who speaks the words of God) named Isaiah told Hezekiah that God said “Don’t be afraid.” God would take care of them. Hezekiah trusted God and that night while they were asleep, God killed the Assyrians. When the people of Judah got up the next morning, there was whole Assyrian army….dead.

Because the people trusted and obeyed God, HE took care of them and protected them.

The Israelites disobeyed God and He let them be taken away. The people of Judah obeyed God and He protected them. When we obey God, that doesn’t mean only happy things will happen to us. Sometimes, even when we love and obey God, sad things will happen..but God promises to be with us and to help us through. (We will see later that even the Israelites who sinned and were sent away, were still God’s people and He still cared for them and took care of them.)

But Hezekiah and the people of Judah trusted and God and followed Him and HE fought for them. When we put our trust in God, who can do ANYTHING, we don’t have to be afraid of ANYTHING, because we know God is control.

Thanks for joining us today, love to you all.