Hi all! This psalm is a song that remembers all the great things God had done for His people. It’s a history of a lot of the things the Israelites had been through. As you read through this song, see which Bible stories YOU remember about God and His people!

1 Give praise to the Lord, proclaim his name;
make known among the nations what he has done.
2 Sing to him, sing praise to him;
tell of all his wonderful acts.
3 Glory in his holy name;
let the hearts of those who seek the Lord rejoice.
4 Look to the Lord and his strength;
seek his face always.

5 Remember the wonders he has done,
his miracles, and the judgments he pronounced,
6 you his servants, the descendants of Abraham,
his chosen ones, the children of Jacob.

7 He is the Lord our God;
his judgments are in all the earth.

8 He remembers his covenant forever,
the promise he made, for a thousand generations,
9 the covenant he made with Abraham,
the oath he swore to Isaac.

10 He confirmed it to Jacob as a decree,
to Israel as an everlasting covenant:
11 “To you I will give the land of Canaan
as the portion you will inherit.”

12 When they were but few in number,
few indeed, and strangers in it,
13 they wandered from nation to nation,
from one kingdom to another.
14 He allowed no one to oppress them;
for their sake he rebuked kings:
15 “Do not touch my anointed ones;
do my prophets no harm.”

16 He called down famine on the land
and destroyed all their supplies of food;
17 and he sent a man before them—
Joseph, sold as a slave.

18 They bruised his feet with shackles,
his neck was put in irons,
19 till what he foretold came to pass,
till the word of the Lord proved him true.
20 The king sent and released him,
the ruler of peoples set him free.
21 He made him master of his household,
ruler over all he possessed,
22 to instruct his princes as he pleased
and teach his elders wisdom. 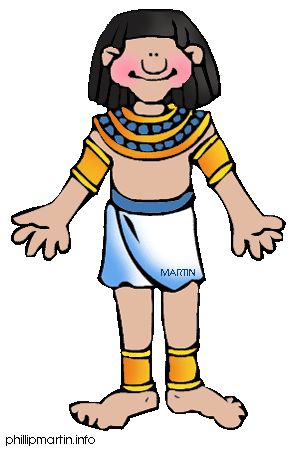 23 Then Israel entered Egypt;
Jacob resided as a foreigner in the land of Ham.
24 The Lord made his people very fruitful;
he made them too numerous for their foes,
25 whose hearts he turned to hate his people,
to conspire against his servants.
26 He sent Moses his servant,
and Aaron, whom he had chosen. 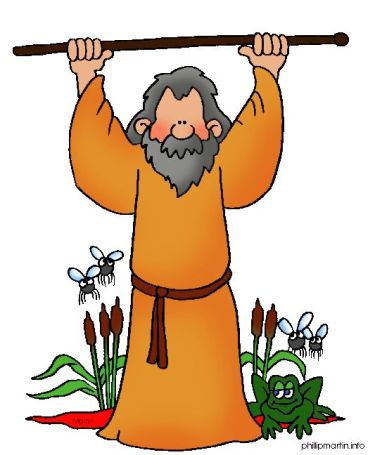 27 They performed his signs among them,
his wonders in the land of Ham.
28 He sent darkness and made the land dark—
for had they not rebelled against his words?
29 He turned their waters into blood,
causing their fish to die.
30 Their land teemed with frogs,
which went up into the bedrooms of their rulers.
31 He spoke, and there came swarms of flies,
and gnats throughout their country.
32 He turned their rain into hail,
with lightning throughout their land;
33 he struck down their vines and fig trees
and shattered the trees of their country.
34 He spoke, and the locusts came,
grasshoppers without number;
35 they ate up every green thing in their land,
ate up the produce of their soil.
36 Then he struck down all the firstborn in their land,
the firstfruits of all their manhood.
37 He brought out Israel, laden with silver and gold,
and from among their tribes no one faltered.

38 Egypt was glad when they left,
because dread of Israel had fallen on them.

39 He spread out a cloud as a covering,
and a fire to give light at night.

40 They asked, and he brought them quail;
he fed them well with the bread of heaven.
41 He opened the rock, and water gushed out;
it flowed like a river in the desert. 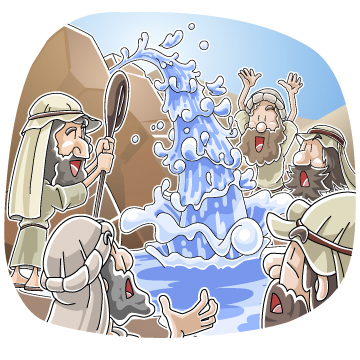 42 For he remembered his holy promise
given to his servant Abraham.
43 He brought out his people with rejoicing,
his chosen ones with shouts of joy;
44 he gave them the lands of the nations,
and they fell heir to what others had toiled for—
45 that they might keep his precepts
and observe his laws.

David was remembering all the great things God had done for His people. If YOUR family wrote a song about what God had done, what kind of song would it be? Would you remember when each child was born? When you moved? When someone was sick and God made them better? What kinds of things do YOU remember God doing?